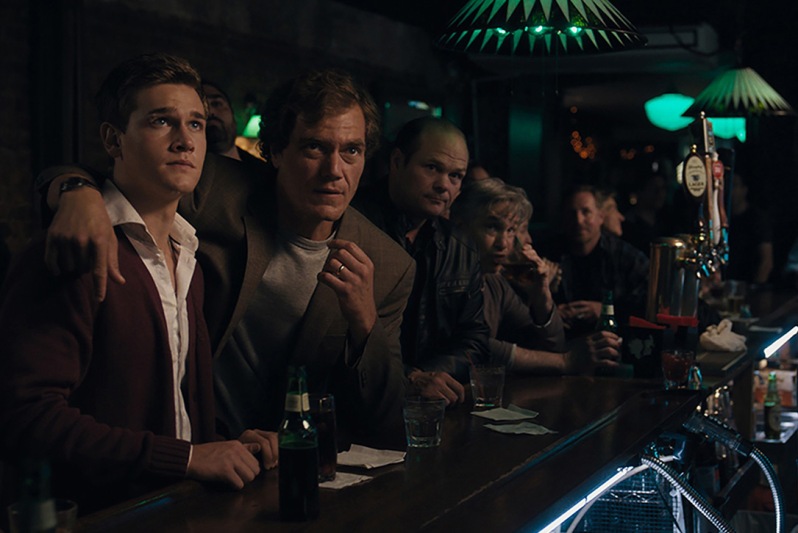 As Michael Shannon garners attention for his newly minted title of “Oscar nominated” actor, IFC films moves to capitalize on his exposure by dropping the first trailer to the upcoming film Wolves. The trailer shows Shannon as the father of a budding basketball star, addled by a gambling addiction that puts his son’s future at risk. Also featuring Carla Gugino, Wolves has a solid core cast, but the trailer plays like a melodramatic broken family story that feels extremely familiar.

Just from the trailer alone, we see the story is meant to manipulatively run the emotional gamut. Images of the young basketball star struggling with pressure, injuries, and his parents deteriorating relationship in light of his fathers issues. It plays more like a teenage after school special than an in-depth examination of a hemorrhaging family. Shannon brings serious credibility to the film and Gugino is a crowd pleaser as well, but this story feels uncomfortably unoriginal.

The film premiered at Tribeca last year to a moderately positive reception. Shannon was praised, as he usually is, but the script was maligned as cliché ridden. The film is written and directed by Bn Freundlich, the husband of Julianne Moore. Wolves also stars Chris Bauer and Taylor John Smith in the lead role. The film will hit VOD and a limited theater run on March 3rd this year.

Check out the Trailer!

Here is the official synopsis:

Anthony (Taylor John Smith) is a standout player on his Manhattan high school’s basketball team with seemingly everything going for him: a killer three-point shot, a loving girlfriend (Zazie Beetz), and a chance at a scholarship to Cornell. But Anthony’s dreams of playing college ball are jeopardized by his volatile father (Michael Shannon), a hard-drinking writer whose compulsive gambling threatens to derail the lives of both his wife (Carla Gugino) and son. Though it goes against his nature, Anthony must summon the strength to step out from his father’s shadow and reclaim his future.