Ever since the announcement of The Power Rangers reboot, there has been some skepticism. Why make a movie now? Well the first trailer came and went, and was met with cautious optimism. It looked like a cross between Josh Tranck’s Chronicle and Transformers, but we didn’t really get to see what whelk and feel of the rangers would actually be. Problem solved. The feature trailer for the upcoming Saban’s Power Rangers is here and it gives us a full range of what we will see on-screen.

We finally have a look at Zordon, which appears to be more sentient super computer than anything. We also get to see the ranger suits in action and it actually looks pretty cool. Everything from Elizabeth Banks’ Rita Repulsa to Bill Hader’s redesigned Alpha 5 actually looks like a modernized upgrade of the low-budget original show. The story doesn’t seem half bad either, although the trailer arguably gives up the whole plot. Reluctantly. it is becoming reality that this movie might not be half bad.

Check  out the trailer!

Here is the official synopsis:

SABAN’S POWER RANGERS follows five ordinary teens who must become something extraordinary when they learn that their small town of Angel Grove — and the world — is on the verge of being obliterated by an alien threat. Chosen by destiny, our heroes quickly discover they are the only ones who can save the planet. But to do so, they will have to overcome their real-life issues and before it’s too late, band together as the Power Rangers. 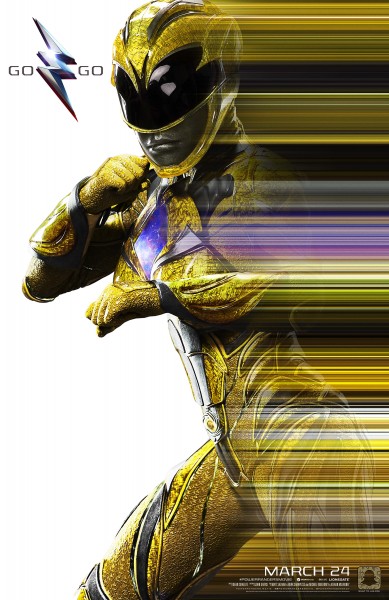